Tips in Developing Book Characters That Kids Will Love 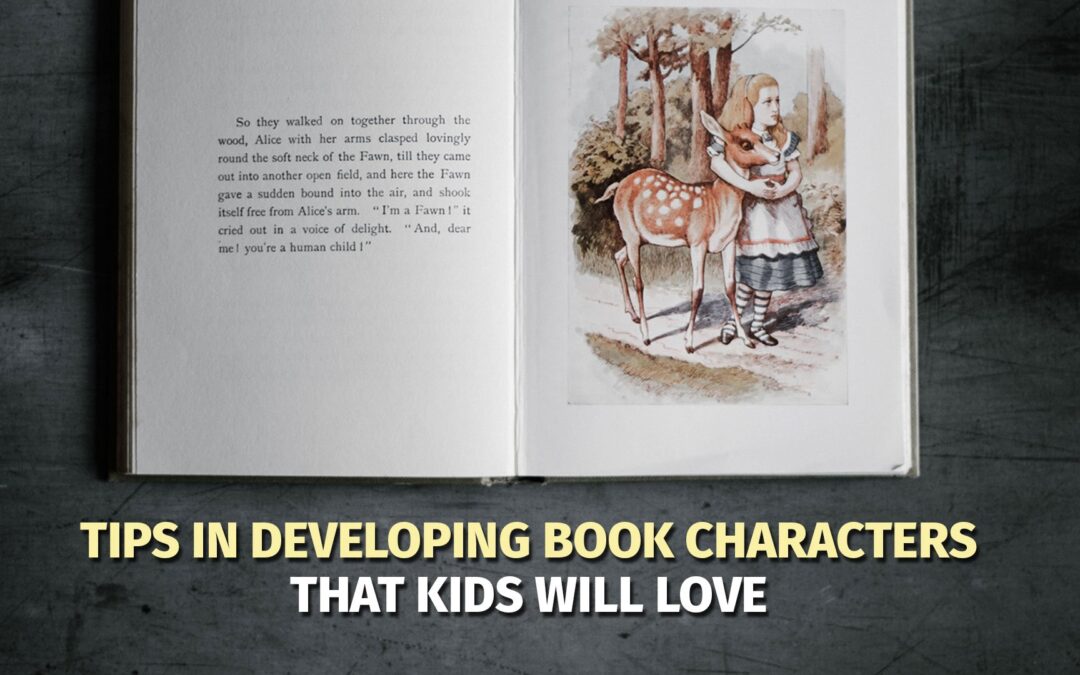 Tips in Developing Book Characters That Kids Will Love

Great children’s books will stick to anyone for a very long time. Children are still on the verge of understanding the inner workings of the world. They are learning how to act, think, react, and so much more. Parents use children’s books to help young kids develop in life. The key to developing great people with the use of children’s books lies in the inimitable characters. The characters of the stories are the cultivating factor for this development. Characters have a huge impact on a child’s life. The characters are the heart of any book, especially in the children’s literature. These characters allow young readers to spur greater growth. The plot and characters are both vital to create a good story. However, characters are what makes children love the story even more. Having a well-developed character can do so many interesting things to a tale making it worth telling. Characters bring plot to life. Great books are remembered because of the characters it features. Hence, here are some tips to developing a book character that any kid will love.

Children love picture books that are interesting and amazing. It can be because of the adventure,fantasy, and the wonder the story brings. But most of the time, this is because of the character. Having a dynamic character in your picture book is the main factor that makes a book amazing and interesting. Young readers want to relate themselves to be that character. A dynamic character helps the children to become better people. To form this type of character cultivate their personality, motivations, hobbies, strengths, and weaknesses. Dynamic characters would teach readers something of the world. They will frame a change turning everything in a positive light. They will inspire to embrace courage, bravery, and other things. Just like Caroleann Rice’s ladybug children’s book character, Dot, who was courageous and stood up for what she thought was right. These are the type of characters that will surely capture the hearts of young kids and stick with them for a long, long time.

There are plenty of names you can give to your character. However, you have to think it through. You don’t want ordinary, pedestrian names for your characters now would we? The perfect name can help you explore your character’s personality and attitude. Similar to the main character of The Song of Solomon The Snail. He was portrayed as a wise and clever snail. Rice made the right choice of naming the snail after Solomon from the Bible. Solomon is a wise king whose wisdom and counsel has helped people make the right decisions. Do consider the sound and the meaning of the name before you give it to the character. You can make use of alliterative initials as this catches special attention to the character like Solomon Snail, Peppa Pig, and Mickey Mouse.

Make the Characters Shine Through

Show your character and not tell it. Children should be drawn with both the good and bad points of your character. Characters will make your book timeless. Sometimes, authors can get so wrapped up in the plot of their stories that they often forget that characters should be people. Characters would instead appear as props rather than being characters of a book. You have to make them shine through. Think of their actions, dialogue, and monologue. Give them an identity that is larger than themselves. Children’s book characters are there to move vividly through the machinery of the plot. They give the story color and life and make the readers care, too.

Children’s literature tends to be more visual rather than text. A character must have a holistic image. Allow children to visualize the character and not tell them what they are going to see. The goals and motivations may be the core of the character. However, their physical appearance can also make a difference. When kids are reading books, they enjoy looking at the illustrations of the characters. Physical appearance is crucial as this can enable a child to better comprehend the text of your book. Seeing an image of a character allows them to create self connections. Consider the distinguishing features of your character. If the character is wearing gloves then it should reflect in the illustrations. This visualization enables young readers to follow what was told in the text.