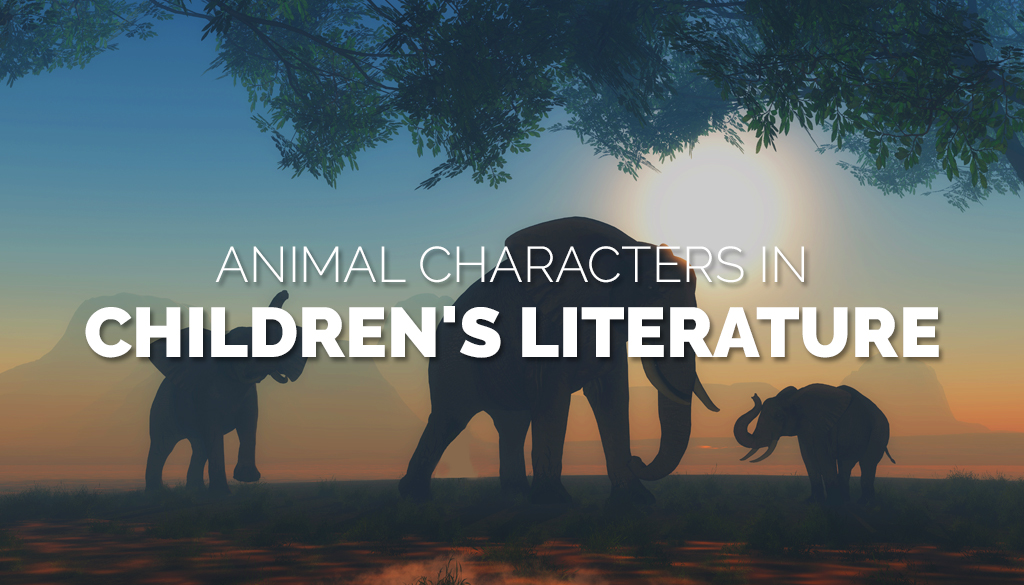 Children’s literature comprises various bodies of work made especially for children. This consists of picture books and easy-to-read stories for the entertainment and development of children. Children love books not only because of the wonderful story but also the characters portrayed. Characters in children’s books can be quirky-looking human beings, talking objects, and human-like animals. Children predominantly love the idea of talking and human-like animals. Animals commonly presented in children’s literature includes pets like dogs, cats, and rabbits; and wild animals, like wolves, bears, and lions. Young readers love how these animals embody attitudes similar to a child like cheekiness and playfulness.

The use of animal characters in children’s books has become a staple. Animal stories have been widely used since the 18th century. During that time, the books focused on teaching children about nature. There were no other lessons taught. But as time progressed, authors expanded and discovered new ways to tell stories. There are many reasons why animal characters are largely utilized in children’s literature.

An astounding number of books have been published with animals as main characters. Author Caroleann Rice has written books like The Song Of Solomon The Snail and The Ladybug and The Bully Frog which have animals for characters. Many children enjoy reading books as such due to how the authors present normal animals in fantastical and unrealistic ways. Young readers find animals with human-like behavior as more relatable. The process of making animals appear more human-like is called anthropomorphism. Anthropomorphism is the act of giving human traits, emotions, and behavior to objects or animals. Compared to human characters in children’s literature, it would seem boring observing the characters doing what normal people do. Animals, however, are quite appealing. Considering that there are a lot of animals in the animal kingdom. The diversity of animals makes it appealing to children. Humans can’t have the fangs and horns the animals have. If you think about it, seeing animals doing things they do not plainly do in real life is quite appealing and interesting. Also, seeing how animals wear clothes, stand on their two feet, and engaging in human activities will surely gain the attention of children.

There are plenty of reasons why animal characters are predominantly used in children’s literature. One of the reasons is that the idea sparks the child’s imagination. Although sparking imagination is what typical children books do. The use of animal characters sparks another type of imagination. Children are curious and have a lot of “what if’s”. Through anthropomorphizing animals sparks wonder and provoke emotions from a child. Animals are portrayed as riding a bike, driving a car, cooking food, flying kites, and other human activities. This notion allows and encourages the child’s imagination to soar and run wild. Animal characters tend to be fun and quirky. This removes the child from reality and into the fantasy world. This make-believe enables young readers to make sense of the world. Furthermore, imagination encourages creativity to a child.

Animal characters are not made solely for entertainment but also to impart significant moral lessons. Observe how in animal stories, various animals are featured as well. That alone shares plenty of life lessons like being different is okay and accepting others no matter how different they are. Life lessons taught by animal characters in books are compassion, live in the present, we are all connected, and animals are not different from animals. Another lesson taught with the use of animal characters is that animals are also beings that need to be protected and understood. Children will be able to recognize and empathize with the animals. These animals are also children, mothers, and fathers similar to a human being. These animal characters in children’s books allow children to experience things that are not in their daily lives.

Animal characters in stories allow young readers to experience otherworldly and exciting explorations. Explorations like living in a shell and flying in the sky. However, the presentation of animals in children’s books allows another type of exploration. The exploration of sensitive topics in a safe and less frightening manner. Animal characters can forge settings that are strange and safe. This allows a child to learn the hardest lessons of all. However, this is imparted through an amazing story line. Animal stories provide an emotional distance to young readers on a story message that can be powerful, personal, and painful. Animal characters can effectively express concepts and conversations on issues including life. Animal characters can address topics like racism due to looking different from other animals. Also, inequality is addressed as there are certain things such as other animals capabilities of doing a task.